Social Networks in our Politics

Since August 2016, the Complex Systems Institute of Paris IdF is collecting and analyzing millions of French political tweets each month involving millions of unique users. A series of analyses on the structure of interactions and their content over the 2017 presidential campaign are presented in this macroscope, which is part of the Politoscope project. It gives the pulse of the online political communities of the main candidates running for the French election, as well as the reconstruction, over several months, of their positions on major political issues.

While political parties use big data coming from social networks to analyze the opinions of their fellow citizens, the Politoscope puts research tools at the disposal of citizens to analyze the speeches and opinions of political figures and their communities. It was released in 2017 during the last month of the presidential campaign to offer French citizens a macroscope to make sense of the masses of data generated by this event. 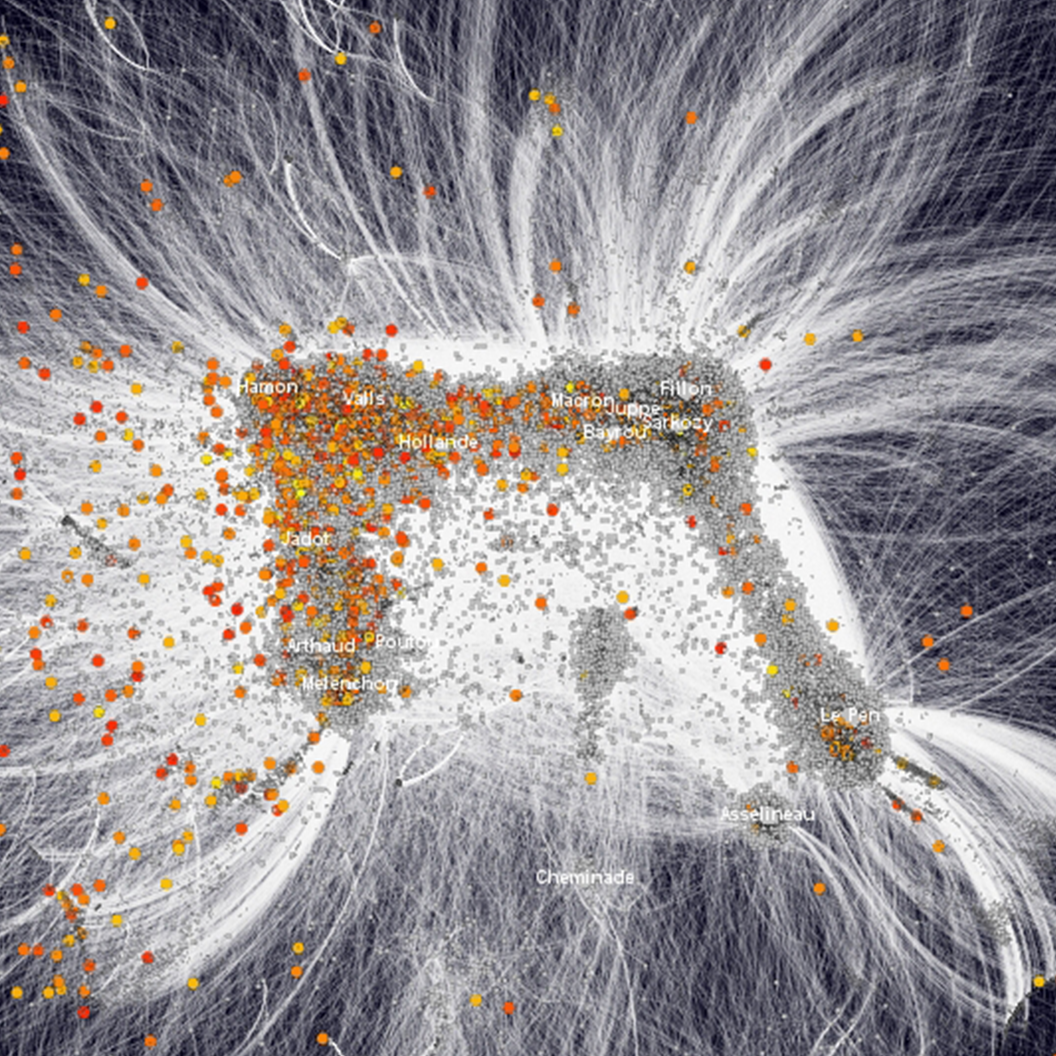